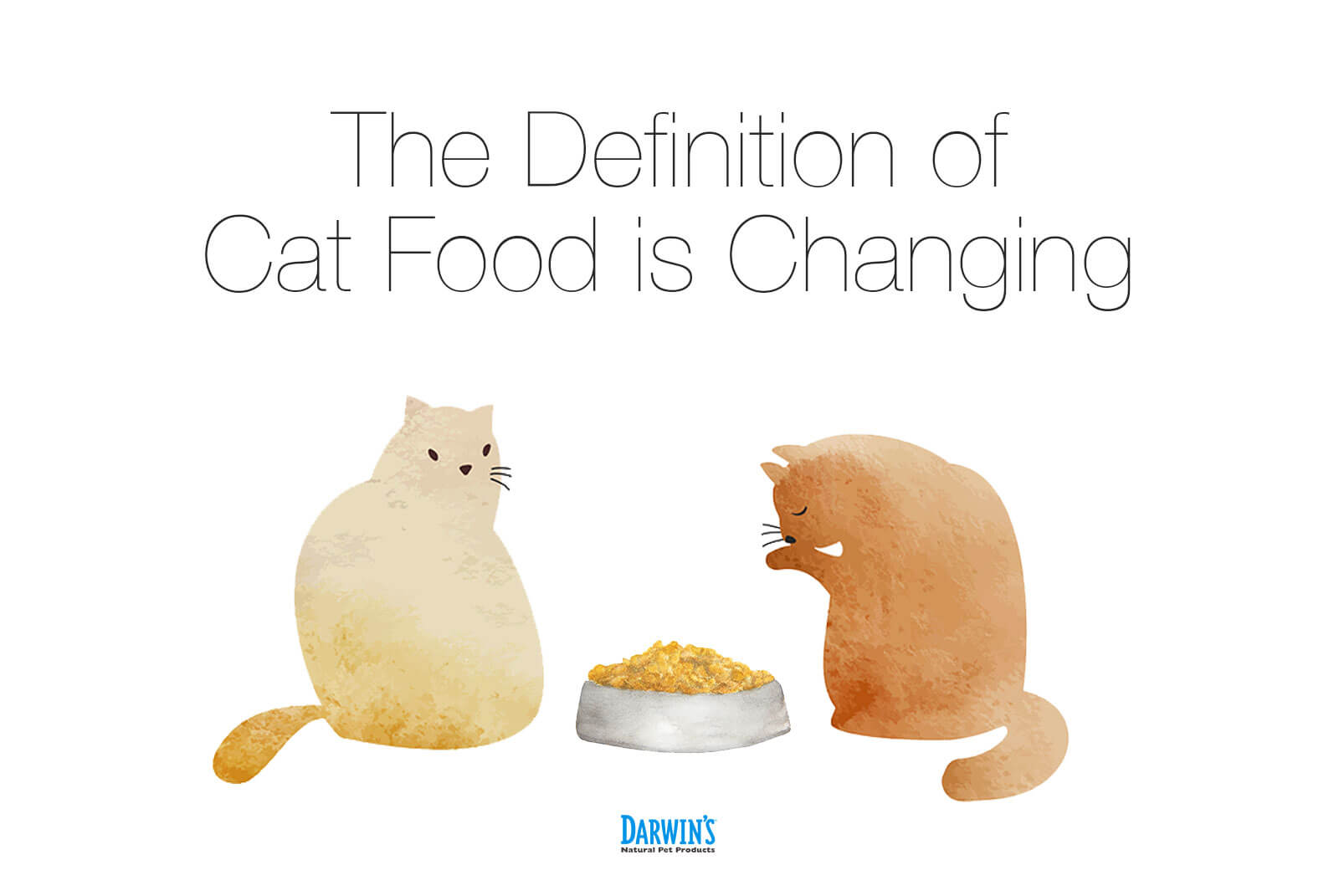 The Definition of “Cat Food” Is Changing

People who have made the switch to feeding their cats a raw meat diet invariably describe their light bulb moment — that instant when they realized the food they had been feeding just wasn’t right. Some are relieved that they finally understand what cats should be eating, but others get angry. They feel like they have been tricked, and no one likes to feel like the sucker. This might be an extreme reaction, but there is some truth there.

What Was “Cat Food”

The big pet food companies didn’t set out to hurt our pets. They set out to make money, which is not a bad thing, but doing the best for our pets is not their first agenda. But, they never started from “What is the optimal diet for a healthy animal?” Instead, they started from “How can we use the available materials (leftovers from human food processing) to make a pet food?” These are two very different approaches. The resulting kibble products were heavily marketed, and they were convenient, cheap, and kept the animals alive, so they became accepted.

Since these foods are so widely accepted as “normal,” getting people to see that they are not isn’t the easiest task. People know what cat food is — it’s that dry stuff in a bag, right? Getting people to ditch that idea and embrace the concept of raw meat pretty much means telling people everything they know is wrong. That’s tough territory. No one likes to be told they are wrong. It’s much easier to just stick to our beliefs. That is why so many people only look at their cat’s diet when faced with a crisis. They have a sick cat or one of their cats has died and they realize diet was a contributing factor. This is not a criticism; I used to be that person.

A number of our cats had died relatively young from some of the diseases that are so common these days. We had new kittens, and I was determined to do better by this batch, so I started to research. I attended a series of lectures given by a local vet, and one was on nutrition. She brought in her equipment and made a batch of raw cat food right there while explaining what cats evolved to eat. That was my light bulb moment.

What Is “Cat Food” Now

I started all my cats on a raw meat diet and was astonished at the results. I confess, I became a bit of an evangelist on the subject. At the time, raw diets were much less known and accepted. I set out to change that. I started the Feline Nutrition Foundation in 2008 and placed a real emphasis on beginners. Getting people to change their minds about what to feed the cat was half the battle. The other half was “Now what?” To accomplish the former, we insisted on science-backed information and real-world stories. For the latter, we always thought like newbies and let people know that feeding a proper diet really wasn’t hard at all.

And feeding a raw meat diet has gotten much easier over the years. Prepared raw meat diets are now readily available, and dry food doesn’t have the corner on convenience anymore. The “how” part of feeding a raw diet is not the hard part these days. Whatever type of raw diet you feed — ground commercial or homemade, frankenprey, whole prey, or a combination of these — it is the diet that started from the right place, from the perspective of what is the best diet for the cat.

Just the fact that you are here reading this means you have already stepped over that invisible line into accepting something different. Maybe you have had your light bulb moment. Whatever stage you are at on this journey, there is pretty much no going back once you realize the truth of the situation. But your cats will be the real winners. Feeding a species-appropriate diet simply does wonders for your cat’s health and well-being.

Someday, “cat food” will mean raw meat rather than kibble. It wasn’t that long ago that the first image that came to mind when someone said “cat food” was a mouse. Tom really did want to eat Jerry, after all. It is only in the past 70 years or so that the concept has changed. It’s time to change it back. Sorry, Jerry, but raw food is here to stay.

She lives in Virginia with her husband and their 10 raw-fed cats. The Foundation focuses on helping people make informed decisions about what to feed their feline companions by providing science-backed, practical information on feline health and diet. To learn more, visit Feline Nutrition.