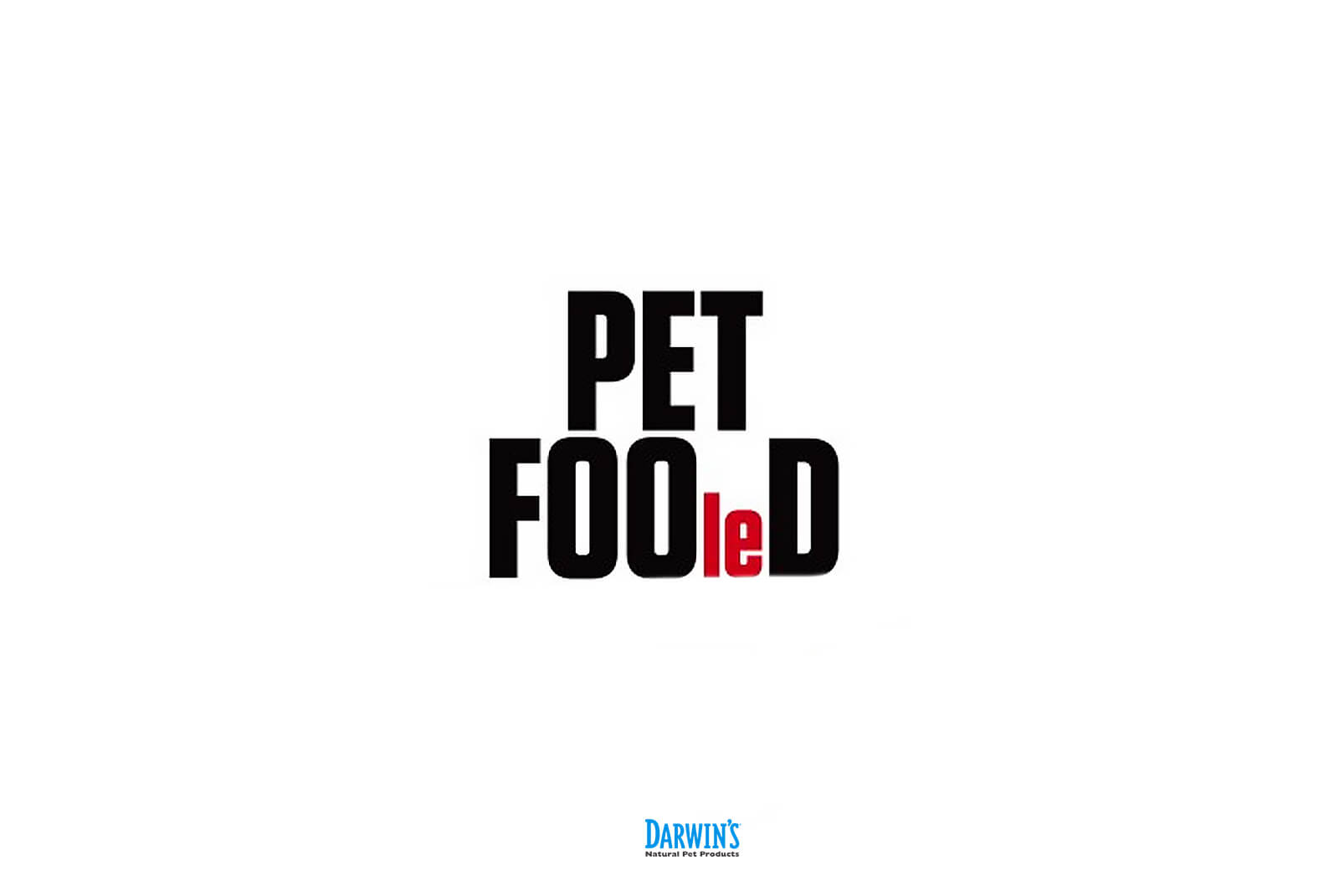 Won’t Get Fooled Again
If you haven’t seen the documentary “Pet Fooled” , you should…before you feed your pet one more store-bought meal. It’s available right now on Netflix, iTunes, Vimeo and Amazon.com.

Ever wonder what’s going on inside that bag of pet food? So did filmmaker Kohl Harrington, who was inspired to investigate the pet food industry’s underbelly after seeing a friend’s dog suffer a miserable skin condition.

Disturbed and moved, Kohl decided to do something about this, “It made no common sense that foods devoid of moisture, rendered, cooked at high temperatures, with ingredients from who knows where have become the ‘trusted’ foods we give our dogs and cats.”

Harrington enlisted the help of two well-known veterinarians, authorities on holistic pet care, Dr. Barbara Royal, and Dr. Karen Becker. Royal is celebrated in the world of small animal medicine and rehab therapy, a renowned author and Oprah’s veterinarian (she’s the one feeding her dogs Darwin’s in the film). Similarly, Dr. Becker is known as one of Chicago’s top vets and an expert in wildlife rehab and pet nutrition. Together, they help Harrington expose the truth about what has been the norm for pets all these years. You may not like what you hear but it’s going to make you think.

What is in the bag?

“Pet Fooled” discloses that pet food is only loosely monitored by the FDA. Per Harrington’s research, they don’t regulate the quality of the food. They merely confirm that what’s in the bag, is what’s listed on the label. They’re not required to disclose any sources.  Harrington shared, “The most shocking thing I learned while making “Pet Fooled” was that most pet foods being sold on the market aren’t even species appropriate for dogs or cats.”

In the film, Dr. Becker goes a step further. She reviews a selection of top-selling dog foods. As she reads the product labels, Dr. Becker says these foods cause “nutritional abuse” and that pet food companies are contributing to the rise in pet health issues. The film points out that while dogs and cats may be surviving on carbs, they’re not thriving. The carbs used are fillers and have a history of causing allergies, obesity, diabetes, and arthritis. The fact is your pets’ diets are causing these problems and may lead to additional health and weight problems.

The FDA isn’t concerned and won’t get involved making “Pet Fooled” a must-see. It urges conscientious pet owners to open their eyes to the lack of transparency in the pet food industry.

“We’ve been conditioned culturally through advertising to believe a certain way,” says Director Harrington. “Companies are spending tens of millions of dollars to advertise their products. After a while, it becomes a normal part of your thinking. It’s like, I need a car. I’m going to go buy the one I saw in that commercial”. So, while dry and canned pet food may be attractive, it’s not doing your pet any favors.