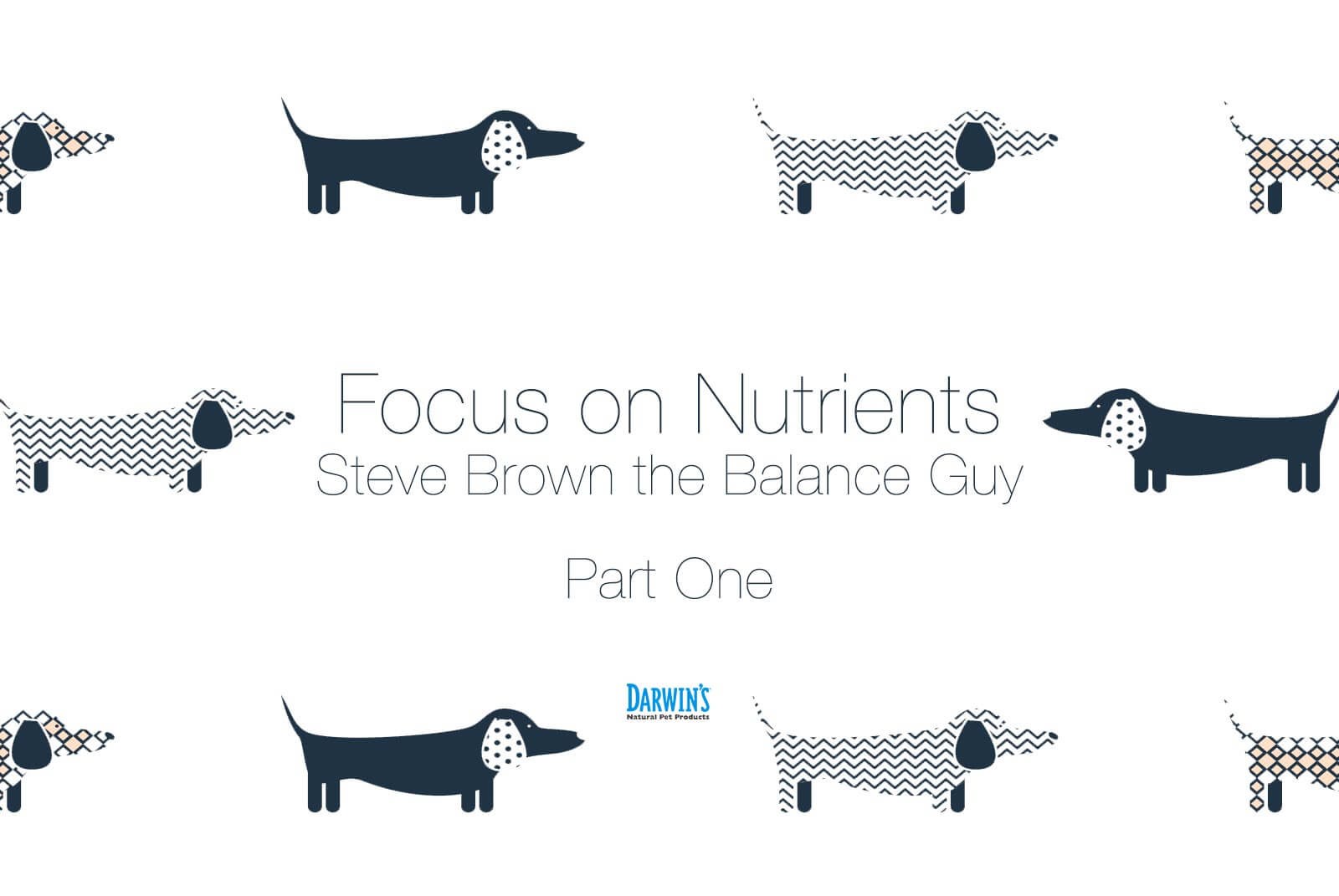 We are pleased to be publishing on our website an important and unique series of blogs by one of our industry’s pioneers and leading experts in dog nutrition, Steve Brown. He has worked with us for many years to develop the formulas for our meals so they provide the right balance of nutrition for a healthy diet. We make this series available so you can be better informed about the science that goes into caring for our dogs nutritional needs.

Introduction to My New Focus on Nutrients Blog Series

Rather than write another book, I decided to write a blog series, so that this valuable information is available to all for free. In this series I will give the details you need to know to provide the best foods for your dogs. This will include much of what I’ve learned since writing my last book, Unlocking the Canine Ancestral Diet (Dogwise Publishing, 2010).

The first part is for all humans who have dogs and cats in their families and want to know how to best to feed them.  The second part, the focus on nutrients series, is for those who want more details. It’s aimed at those who want to make their foods, including prey model diet feeders, and especially for veterinarians and all influencers. This second series has valuable information and data not available anywhere else, including the only published tables of nutrients per calorie which are vital to creating a balanced diet without adding too many calories.

Popularity of Raw Diets has Increased

Twenty years ago, when I first started selling raw dog and cat foods, there were maybe 20 stores with probably 22 freezers total, throughout the nation selling raw dog foods.  Most retailers and almost all dog owners had never heard of raw diets.  Now, I am pleased to report, that there are probably more than 1,000 retailers nationwide with perhaps 10,000 freezers offering a wide variety of raw dog and cat foods.

Why this spectacular growth? Even with opposition from the big pet food companies and push back from the veterinarian community – to put it simply – well-made raw diets work and are extremely safe.

Success Is In The Details

As with most endeavors, success is in the details. Making commercial, prey model or homemade dog foods is no exception. The growth of the raw industry has led to companies jumping on the bandwagon as well as a plethora of internet recipes and advice on how to make your own food. While many are from well-meaning dog and cat owners who have seen the power of raw diets, most know little about the depth of science; they don’t know manganese from magnesium, so to speak.

Moving forward, in this blog series you’ll learn the details, how to evaluate commercial foods and recipes, and, if you want, how to make your own foods.