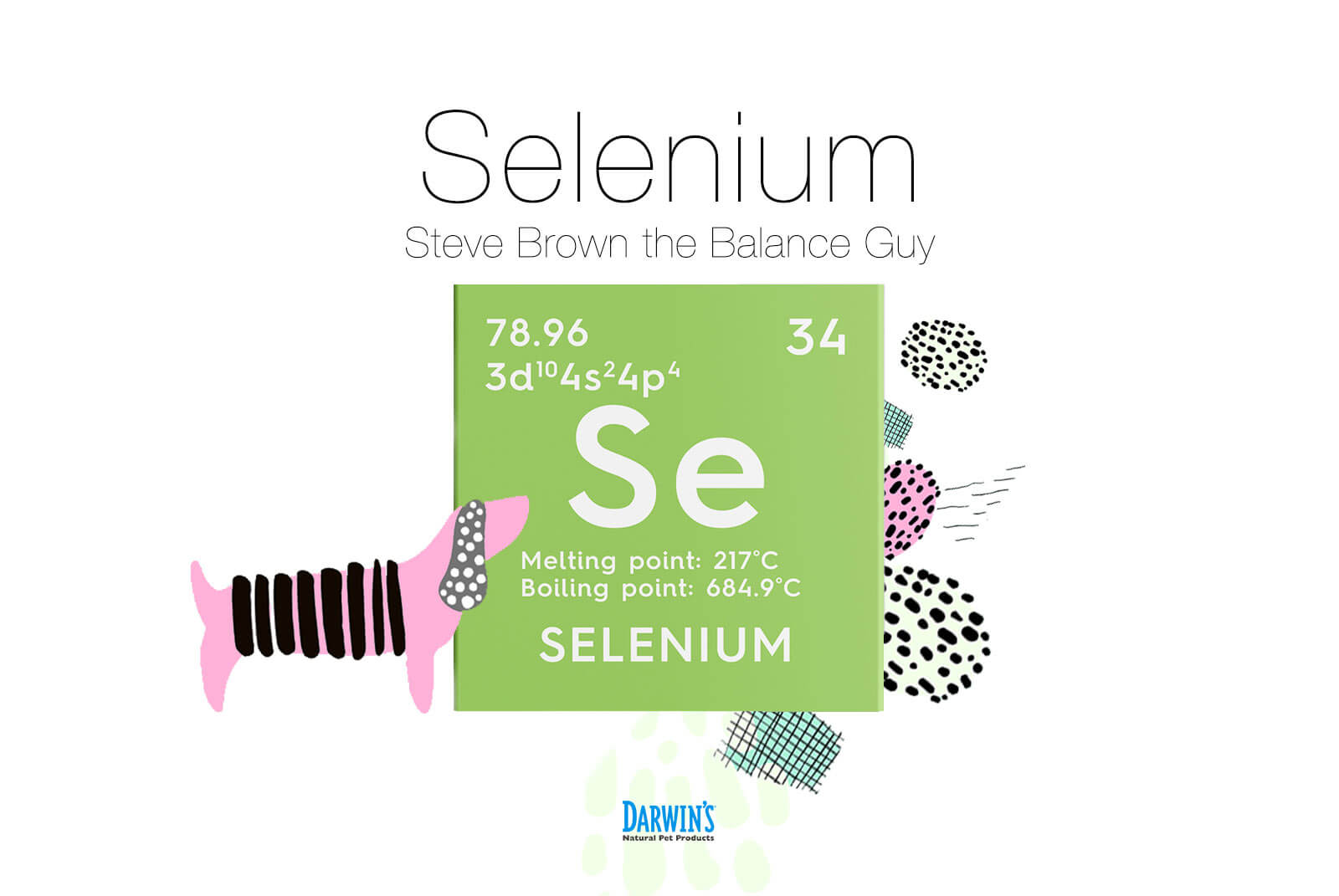 If you are intending to reference these please start with my Focus on Nutrients Part: 2 Introduction or access the full series below. I have also included the links to the other two charts for your convenience.

Selenium (Se) is an essential trace mineral of fundamental importance to human, canine, and feline health. It is receiving considerable attention for its possible role as an effective naturally occurring anti-carcinogenic agent. Recently, the American Association for Cancer Research reported that high selenium consumption may protect humans from bladder cancer.

Recent studies suggest that, as a result of climate change, concentrations of the trace element selenium in soils are likely to decrease. Because the selenium content of crops may also be reduced, the risk of selenium deficiency could be increased. Those making their own pet foods should pay particular attention to table below and try to include several selenium-rich foods.

Many dog and cat foods contain sodium selenite, partially because it was the only supplement form approved by AAFCO until recently. Look for the better foods to replace the sodium selenite with selenium yeast.

Se When Making Your Own Dog Food

Selenium content of selected foods, all raw unless noted. mcg is micrograms (a millionth of a gram). The middle column is grams of the food that provide 100 mcg. 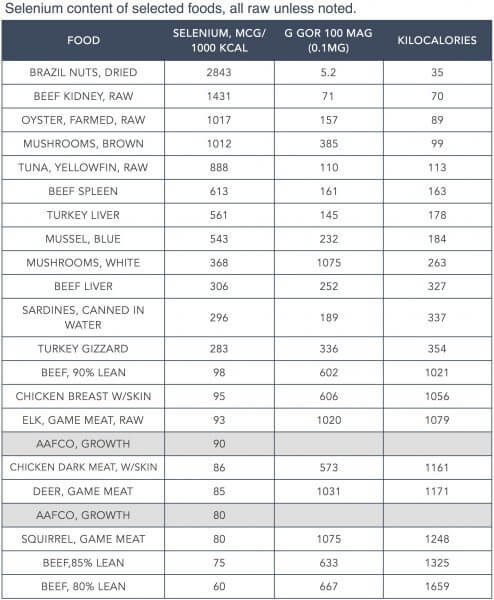