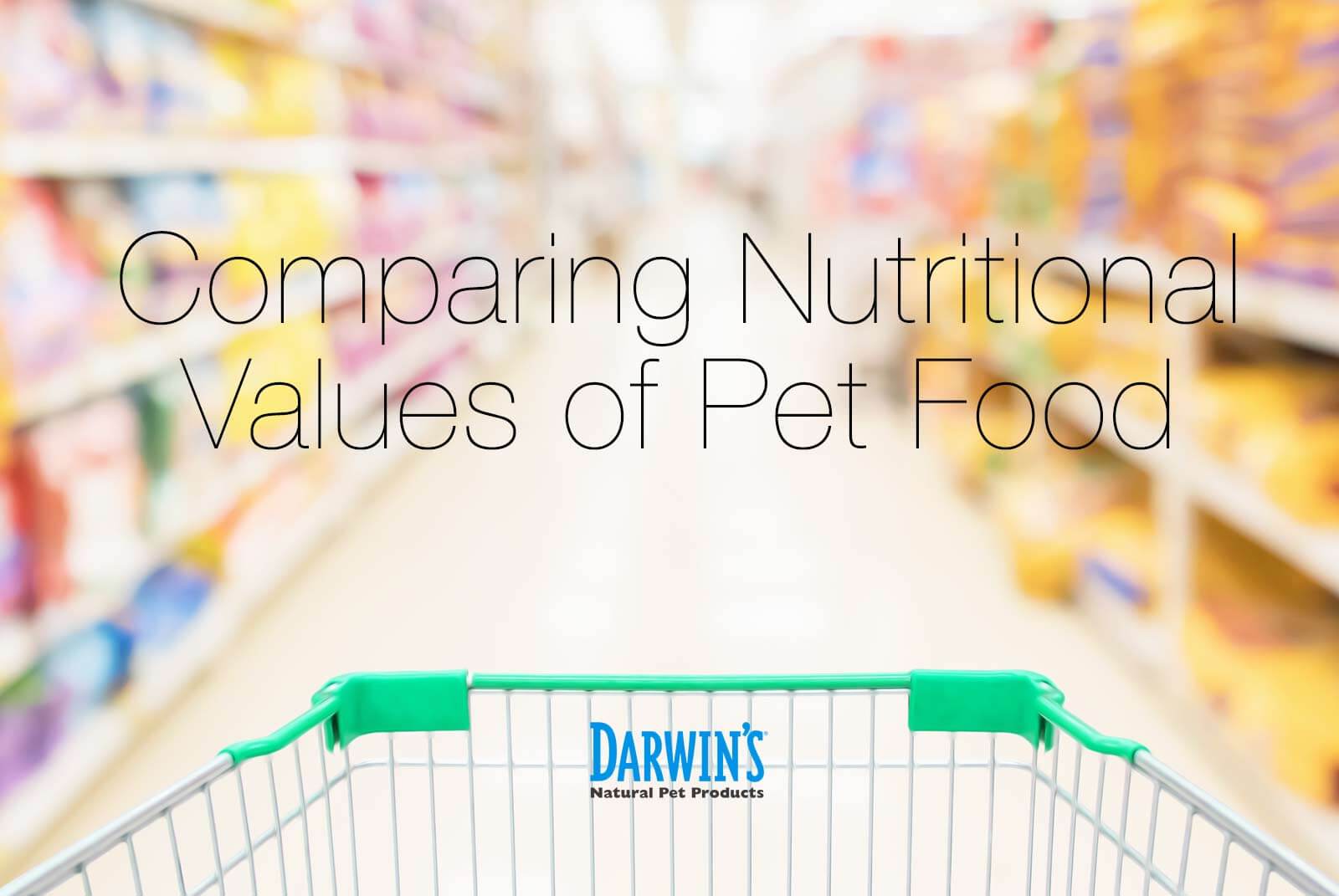 How do I compare nutritional values of pet food?

If you have ever compared one product to another in the supermarket you know what a challenge and what a headache this can be. Even the most nutrition-savvy consumer can become flustered when comparing the nutritional specifics of two products. Although the details of nutritional labels vary between human foods and foods for our pets, it is equally important to be sure you are comparing different products on an even footing with one another.

But how do you compare one pet food to another?

In order to compare two pet foods (especially if they are very different in consistency as when comparing a raw food and a kibble) it is important to compare the dry matter nutritional values rather than the as fed nutritional values.  The nutritional information typically listed on any pet food is the ‘Guaranteed Analysis’. This is the as fed nutritional information which includes crude fiber, crude fat, and crude protein as well as the moisture content of the meals. The word crude in this case refers to the method of nutritional testing rather than the quality of the ingredients. The moisture content is the portion of a food that is water. The value varies widely between kibble, raw or canned foods. While moisture content is an important component of the meals, it can cause the nutritional values of different types of food to appear misleading.   One question people sometimes have is “Why are Darwin’s meals so much lower in protein than the kibble I am feeding?”  The answer is, they probably aren’t!

To compare foods on a dry matter basis rather than on as fed, you need to exclude the portion of the food that is moisture.  Since the Darwin’s chicken meal shown in the below table has a 72% moisture content, this means the other components of the meal comprise the remaining 28%.  The as fed percentage of protein is listed as 13%.   This means that the dry matter protein content of the meals is 13/28 = 46%.  As you can see, comparing the dry matter values of the kibble and Darwin’s meals provides a much different picture than comparing their as fed values.

Since  Darwin’s meals, as well as most raw or canned foods, have a much higher moisture content than kibble, the protein and fat content can appear misleadingly low if the two foods are compared using  the as fed nutritional values (typically listed on the package) rather than the dry matter values.   Once the water is excluded, it is easy to see, the Darwin’s meals provide higher levels of both protein and fat than a kibble typically does, even though at first glance using the as fed nutritional values, it can appear the kibble provides more of these essential macro nutrients.

Comparing the dry matter values of different food types should help give the most accurate picture of how any two foods nutritionally differ from each other and allow you to more easily make informed decisions regarding your pet’s health and diet.

If you have ever compared one product to another in the supermarket you know what a challenge and what a headache this can be.