Gut Microbes and Your Dog 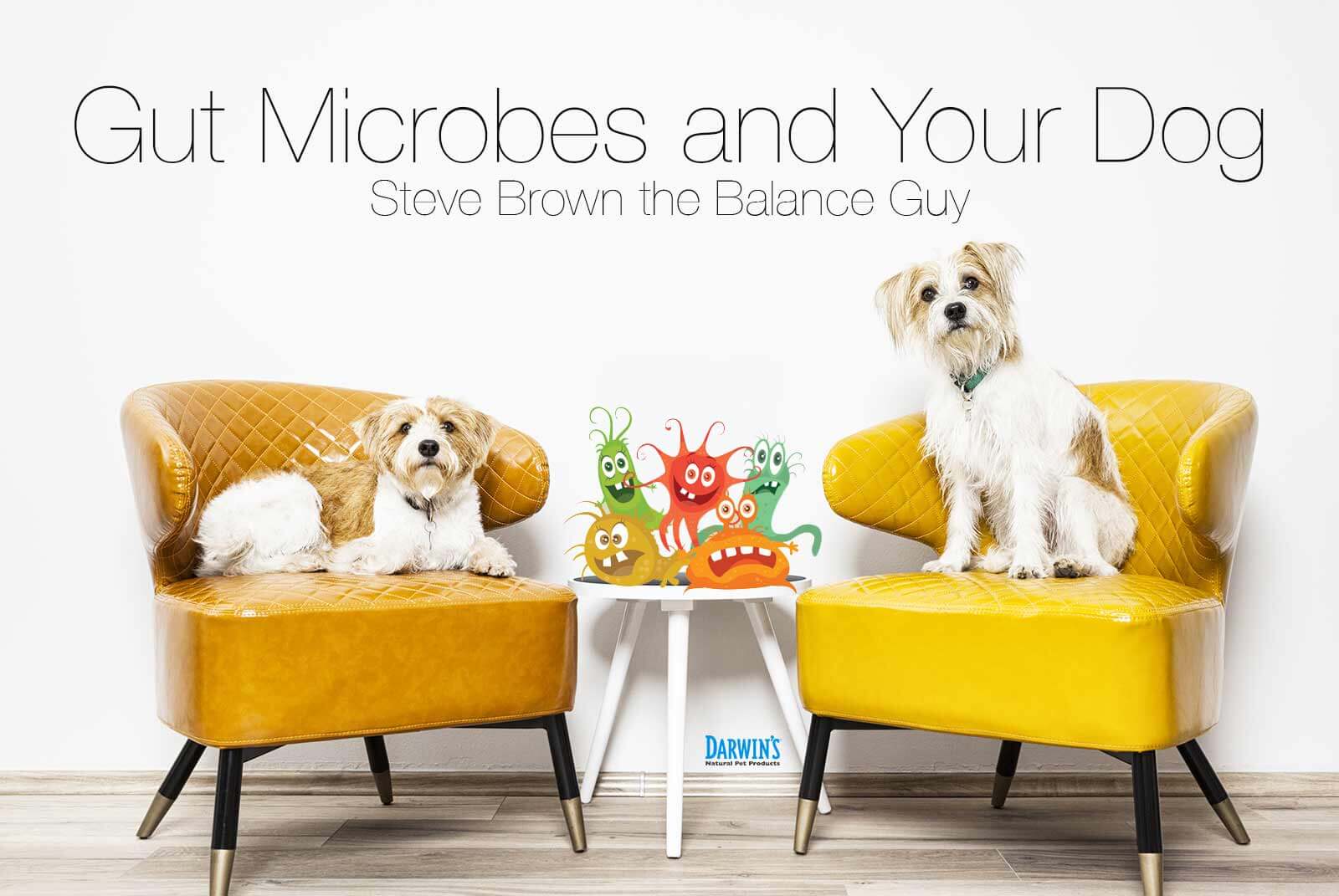 DIET AND A WELL-BALANCED GUT MICROBIOME

By Steve Brown, The Balance Guy

A well-balanced gut microbiome is important for the health of our dogs. In this article I will discuss a healthy gut microbe, its effect on your dog’s body, their behavior and how you, through feeding a well- balanced diet, can support their gut health.

First: What is the gut microbiome?

We live in a microbial world. In each square foot of air there are between ½ million to 10 million viruses as well as 250,000 and 4 million microscopic bacteria organisms. In one hour, our dogs may inhale ten million to one hundred million viruses and eight million to forty million bacteria! Their microbiome (also called microbiota) consists primarily of bacteria – some on their skin, but mostly in their guts. These are called the gut microbiome.

Are microbes helpful or harmful?

There may be 100 trillion microbes in the dog’s gut. The vast majority of gut microbes are benign, many are helpful, and some are absolutely essential for good health. Only a few are harmful, and often the problems from these pathogenic microbes can be avoided by consuming a variety of good diets.

A well-balanced gut microbiome, consisting of thousands of different species of microbes, is critical for maintaining general physical and mental health. New, and much less expensive gene sequencing techniques have led to an explosion in understanding dogs’ gut microbes. These new studies which are coming out weekly are about the relationships between gut microbes and how they impact physical and mental health.

Most of the studies are conducted on rodents or humans. However; “Recent studies have revealed that the functional capacity of the gastrointestinal microbiota in dogs (and cats) is quite broad and similar to that of humans and rodent models.”² I may reference some human or rodent studies. I believe they are instructive for dogs as well.

“Recent studies have revealed that the functional capacity of the gastrointestinal microbiota in dogs and cats is quite broad and similar to that of humans and rodent models.”²

Second: How is my dog affected?

Studies with dogs clearly show that the composition of their microbiome is dependent upon what they eat; mostly what we feed them, grass, dirt, and (hopefully not) poop. Picture gut microbiomes as an organ, without which we cannot live a healthy life. That’s because the gut microbiome play a crucial role in processing nutrients. Our microbes process foods that we can’t and extend our digestive capabilities to:

The composition of the microbial population is dependent on the ability of individual microorganisms to acquire nutrients that they need in the highly competitive environment of a dog’s intestine.

“Any species that becomes too dominant can be bad for the dog.”

The greater the variety of microbes in the dog’s gut – especially dietary fiber – the more space is taken by healthy microbes and less space for harmful microbes. Any species that becomes too dominant can be bad for the dog. Many recent studies suggest that alterations in the composition of gut microbiome have been linked to a range of disorders, including:

“My Microbes made me do it…“

Which microbes do what?

Because there are many species of microbes in the gut, a thousand more times than host genes, they can produce thousands of chemicals including dopamine and serotonin that influence dogs’ brains. (No one knows what influences a cat’s brain!)

For instance, if your dog likes to eat grass it may be the gut microbes that feed on dietary fiber requesting their favorite foods and then sending chemical rewards to your dog’s gut. We further explore the concept of microbes manipulating our food desires in why dogs eat grass, and why some eat poop.

The studies I’ve read are just the tip of the iceberg regarding the ability of our microbiome to influence our behavior. This is promising stuff, because through diet, and perhaps ingestion of targeted microbial species, we can change the microbial populations in our guts which as stated, changes behavior. From what I gather, the most beneficial species are still difficult to produce and not shelf stable — which is why fresh, whole, real food is so important.

“Microbes have the capacity to manipulate behavior and mood through altering the neural signals in the vagus nerve, changing taste receptors, producing toxins to make us feel bad, and releasing chemical rewards to make us feel good,” ³

By feeding a variety of dietary fiber from vegetables you feed the vast array of microbes, therefore improving your dog’s gut health. In addition, preliminary studies suggest that different species of microbes thrive on chicken than on beef. Yet another reason to rotate proteins in your dog’s diet.

“By continuing to offer right foods we nurture the bacteria that are likely to be beneficial and exclude the ones that pose more danger.” 4

When should I start worrying about my dog’s gut health?

The gut microbial community starts at birth, where the first microbes to enter the gut appear to take hold and remain for the life of the dog. In their natural environment, puppies always ate dirt starting at young ages. As a result, it exposes them to thousands of species of microbes. These microbes, from dirt, give the pup a good start toward building a healthy, balanced gut microbiome.

Contrast that with the way many puppies are now raised. For example, few regulations exist for puppy mills; the cages and the puppies’ environment is expected to be sterile. Because these pups rarely go outside before they go to their new homes, they are not exposed to a wide variety of microbes, which makes them more likely to have unbalanced gut microbial populations.These puppies are off to a bad start.

If you are feeding kibble you can help balance the microbes by adding leftover vegetables and fruits to your dog’s diet.

¹ For those wanting more information, please read the superb new book by Ed Yong, I Contain Multitudes. The microbes within us and a grander view of life. (Harper Collins, 2016). 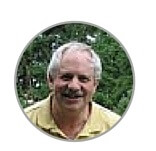