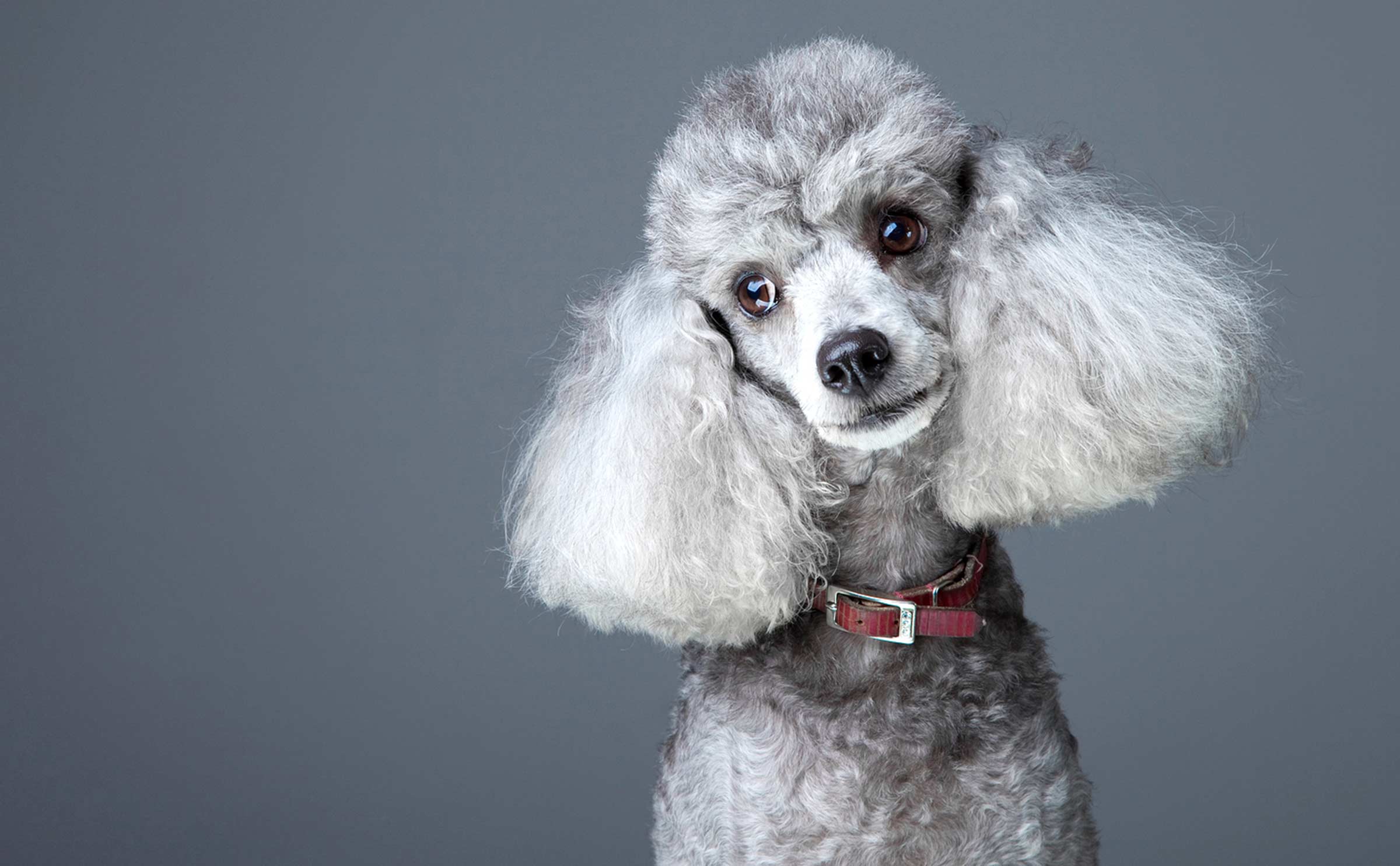 Cushing’s disease, which affects both humans and dogs, is surprisingly much more common in canines — especially older ones.

With a wide range of symptoms, Cushing’s disease can be serious if left untreated. In this article, experts show us how to recognize possible Cushing’s symptoms and how your vet can diagnose the disease. We also cover various treatments — from conventional medicine to surgery, from natural treatments to diet.

What Is Cushing’s Disease in Dogs?

The most-common cause of Cushing’s disease is a tumor, which produces an over-production of the stress hormone cortisol. This tumor can occur on either the tiny pituitary gland at the base of the brain or on one of the adrenal glands near the kidneys. This excess cortisol production can cause a range of symptoms and health problems. Cushing’s disease is also known as hyperadrenocorticism, or hypercortisolism.

What Are the Types of Cushing’s?

There are four types of Cushing’s in dogs, with two of them being the most common:

How Common Is Cushing’s Disease in Dogs?

Cushing’s disease is much more common in dogs than humans. According to an article published in Hormone Research, It’s estimated that one to two per 1,000 dogs are diagnosed with Cushing’s in the U.S. each year. That’s about 100,000 dogs per year.

What is the Difference Between Cushing’s Disease and Cushing’s Syndrome?

In dogs, Cushing’s disease and Cushing’s syndrome are used interchangeably for the same disease.

Symptoms of Cushing’s Disease in Dogs

The most common symptoms of Cushing’s disease are called “the five Ps.”

“These dogs are drinking a tremendous amount of water, then urinating, correspondingly, a tremendous amount,” he says. Skin problems can also indicate Cushing’s disease. The condition can cause a dog’s skin to thin, which can then become infected, Grognet explains.

Eventually, a dog with Cushing’s can develop something called calcinosis cutis. “This condition is an accumulation of calcium in the superficial skin layer, which is very irritating, causes open sores and unfortunately is not treatable,” he adds.

Other Cushing’s symptoms include:

Other Conditions Sometimes Misdiagnosed as Cushing’s

Sometimes, dogs are misdiagnosed as having Cushing’s disease when they actually have thyroid disease, or hypothyroidism. That happens when your dog’s body produces too little of the thyroid hormone. Some thyroid disease symptoms are similar to symptoms for Cushing’s, including patches of hair loss, weight gain, lethargy, ear infections and dry flaky skin.

As mentioned earlier, a rarer form of Cushing’s happens when veterinarians prescribe excessive steroid treatments to battle things like skin allergies. Some also believe a poor-quality commercial food diet — including diets high in fats and low in proteins — can also contribute to Cushing’s in dogs.

Dogs with Cushing’s disease can develop other diseases and problems because of how Cushing’s affects their systems. Those include:

In most cases, dogs who develop Cushing’s disease are older, often 9 to 12 years old. But younger dogs are also susceptible, especially the rare meal-induced form of the disease. Cushing’s also happens more often in certain breeds, including:

Cushing’s can be difficult to diagnose, and often requires expensive tests for a more certain diagnosis.

Your vet will first likely run some tests on your dog’s blood and urine, looking for signs that could point to Cushing’s. If your dog’s urine is “dilute,” meaning it has a high water content because of excessive water intake, that could point to the need for further tests. A high amount of a liver enzyme called alkaline phosphatase in the blood also indicates that further testing for Cushing’s might be needed.

Overall Advice About Treating a Dog with Cushing’s Disease

There are a number of medical and other treatments that can help treat your dog’s Cushing’s disease and symptoms. In some cases — especially if your dog has mild pituitary-dependent Cushing’s — immediate treatment may not be necessary, says Dr. Jennifer Coates, a veterinarian in Fort Collins, Colo. and advisory board member of Pet Life Today, an online informational resource for pet owners.

Dogs with mild pituitary-dependent Cushing’s should be closely monitored for a worsening of their condition, says Coates. “Some veterinarians recommend a natural, anti-inflammatory diet and herbal therapy for treatment,” she says.

A few overall recommendations as you consider or pursue treatments for your dog’s Cushing’s:

Surgery can be used to remove a malignant adrenal tumor that is causing Cushing’s. But it’s rarely used for pituitary tumors, because they are very small and difficult to remove.

Radiation can be effective in order to shrink the size of a pituitary tumor, which can then decrease your dog’s symptoms.

Oral medicines are by far the most common treatment for Cushing’s. The two most common medicines, which will need to be administered for the rest of your dog’s life, are:

This drug, approved in 2008 by the Food and Drug Administration (FDA) for use in animals, decreases the production of cortisol by the adrenal gland, but does not affect the pituitary or adrenal tumor. It significantly reduces symptoms in four out of five dogs, but is a relatively expensive treatment.

This drug is a human chemotherapy drug and can be used to treat Cushing’s in dogs. It has a similar effect as trilostane, causing the adrenal gland to produce less cortisol. It has been used for Cushing’s much longer than trilostane and is less expensive, but it often has more side effects than trilostane.

It’s important to remember, though, that both trilostane and mitotane — while effective for lowering cortisol levels — are treatments, not cures. “What these medicines do is destroy part of the adrenal cortex that is secreting the cortisol, and that lowers the cortisol being produced,” says Dr. Grognet. “And that’s what creates all the symptoms in Cushing’s disease. So it’s not a treatment in the sense that it cures it — it really has nothing to do with the tumor at all. What it does is it prevents the cortisol release, which cause the secondary symptoms that are characteristic of Cushing’s.”

A third drug — selegiline hydrochloride (brand name Anipryl) — is recommended much less often than trilostane or mitotane. It works by preventing dopamine breakdown in the brain, which in turn affects cortisol production. But it helps only a small portion of dogs with Cushing’s.

Possible Side Effects of Mitotane and Trilostane

Side effects from mitotane and trilostane can be similar.

The most common side effects from mitotane include:

The most common side effects from trilostane include:

Dogs treated for Cushing’s can also develop the exact opposite problem: when their body produces too little cortisol. This condition is called Addison’s disease, and symptoms are similar to other mitotane and trilostane side effects. That’s why it’s important to monitor your dog’s health, so you can tell your veterinarian of any consistent issues.

What Are Natural Treatments for Dogs with Cushing’s?

Some also recommend acupuncture, which can help regulate the endocrine system and thus help Cushing’s symptoms.

Certain dietary changes can also help reduce your dog’s Cushing’s symptoms. They include:

Specific Foods that Are Good for Dogs with Cushing’s

Many believe that feeding a dog a raw diet can help with a number of health problems, including Cushing’s disease symptoms. Since your dog’s natural ancestral diet before domestication included raw protein, he already has the enzymes to break down the bacteria, and you may find general health improvements.

Advantages of a raw diet include:

Concerns of a raw diet include:

While a raw diet may not significantly affect Cushing’s symptoms per se, it can help health overall, says Dr. Grognet, who feeds his own dogs and cats raw diets. In particular, high protein in a raw diet might be especially helpful for dogs in danger of losing muscle mass because of the disease. “It makes sense that having them on a higher protein diet would at least make an inroad in trying to maintain the muscle mass rather than having it waste away because of Cushing’s disease,” he says.

If you have your dog on a raw diet, you should follow certain recommendations to help him maintain his health, such as:

Overall Prognosis of Dogs with Cushing’s

Dogs who are treated for Cushing’s can have a high quality of life for a few years — sometimes more — beyond their diagnosis. Here’s what you need to know:

If your dog has been diagnosed with Cushing’s Disease and are interested in feeding them a raw food diet, consider and option that’s conveniently delivered right to your home. At Darwin’s Pet Products, our number one goal is to help keep your pets healthy and active for as long as possible. To help accomplish this goal, we provide a library of articles in the hope of providing consumers with useful information to help their pets.

And, primarily, we produce affordable, high-quality raw dog and cat meals which we ship directly to consumers so they are as fresh and convenient as possible. Our meals are high in protein, gluten-free, wheat free, and are created to provide complete and balanced nutrition. We encourage you to learn more about our meals for dogs  and meals for cats.

Or, if you think you might want a trial of Darwin’s (at an introductory price), we would love to send you our meals and hear how much your dog or cat loves them.

Is your dog’s itchy, uncomfortable, or unsightly skin condition driving them — and you — up the wall?

Just like people, dogs can suffer from allergies if their immune system recognizes a common substance as harmful. Allergies can cause a variety of skin, digestive, or respiratory issues in your dog. Learn how switching to a raw diet can provide much-needed relief to your dog.